SlowExposures is pleased to announce that our Jurors for 2019 are Alyssa Coppelman and Gordon Stettinius.

Alyssa Coppelman is an independent photo editor and picture researcher, who works regularly as Art Researcher for Harper’s Magazine and for the Oxford American magazine, which won the National Magazine Award for General Excellence in 2016. She has juried photography contests and exhibitions for Center for Fine Art Photography, Critical Mass, Flash Forward, and A Smith Gallery, and has been a portfolio reviewer at Photolucida, Fotofest Houston, PhotoNOLA, Medium Photo Festival, Atlanta Celebrates Photography, and Filter Photo Festival. She is a regular contributor to Adobe Create and has written for Feature Shoot, Slate’s Behold blog, Hatje Cantz’s fotoblog, and WIRED Photo.

As a visiting lecturer, Alyssa speaks to graduate and undergraduate photography students about their practices and developing a career in the publishing industry. She recently taught a photo editing workshop at PhotoNOLA, and was a panelist at Mary Virginia Swanson’s seminar, Social Media Strategies for Artists. Working directly with photographers, she provides oversight in editing, sequencing, design, and editorial aspects of websites, portfolios, and photobook projects. When she’s not hard at work, Alyssa tries to convince everyone to go dancing. She is based in Oakland, California. 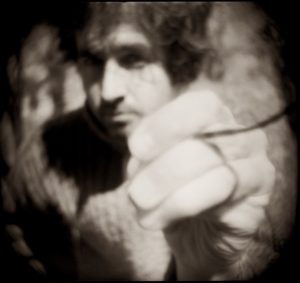 Stettinius founded Candela Gallery in 2011, with the mission being to bring notable photographers to Richmond, Virginia, in hopes of elevating the discussions around contemporary photography.  The gallery produces 7-8 feature exhibitions a year; one or two book related exhibitions each year; and one unbridled, free-for-all, group exhibition each summer. This summer exhibition, Unbound!, has given rise to an annual celebration, which raises funds and acquires work from the annual exhibition for the Candela Collection, which will be donated ultimately to another permanent collection.

As an artist, Stettinius’ work has been exhibited nationally and internationally, and his work is represented by Robin Rice Gallery in New York and Page Bond Gallery in Richmond, Virginia . His work is in the permanent collections of the Virginia Museum of Fine Arts, the Santa Barbara Museum of Art, Longwood University, the Telfair Museums, Capital One and many other private and public collections.  He is also an emeritus member of 1708 Gallery in Richmond, Virginia.