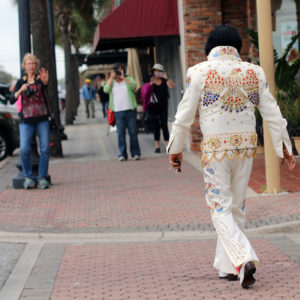 “Tell about the South. What's it like there. What do they do there.

The amalgam of attitudes, beliefs, customs, politics, and geographies that we have come to understand as “Southern” has been a source of both pride and consternation since the nation’s earliest days. Writing to one of his French correspondents in 1785, Thomas Jefferson characterized Southerners as “fiery, voluptuary, indolent, unsteady, . . . generous, candid, without attachments or pretensions to any religion but that of the heart”—a frank assessment, the bulk of which he intended as a compliment.

The great Southern writers—from Faulkner, Wright, and Hurston to O’Connor, Percy, and Dickey—have tried to translate the region’s peculiarities into meaningful symbols for natives and outsiders alike. At the same time, agents of popular culture have made much of the South’s colorful extremities in the name of entertainment, reinforcing stereotypes that ignore subtleties and distort complexities. Even today, most of these images are rooted in a moonlight-and-magnolias-inflected mythology that ignores realities of the contemporary South, which is less conventionally “rural,” for example, and more diverse in every way than would have been conceivable just a generation ago.

This exhibition is intended to propose a visual catalogue of the contemporary South as it is being lived and experienced in the second decade of the twenty-first century. We invited twenty-six photographers to contribute images in response to a list of “icons” of Southernness, with instructions to avoid, at all cost, the cliché or stereotype in favor of presenting a fresh insight into a given aspect of the region. Conceived in the form of an abecedary—used since medieval times to teach children language through association—the exhibition might be said to function as a primer to show in pictures what we talk about when we talk about the South.

Photographs are accompanied by brief responsive statements by some of the region’s outstanding writers. The exhibition will feature a panel discussion by the three curators, Donna King Rosser, Meryl Truett, and Rob McDonald, at SlowExposures 2016. A comment wall will allow visitors to respond to individual images (or the entire exhibition) and to propose “icons” that should be considered for future exhibitions or publications of the project.

Make sure you stop by because "Elvis is In the building".

(at the Whiskey Bonding Barn)!