We are thrilled to sponsor three Artists in Residence for 2018!  We’d like to introduce them below.  Please stop by and meet them at their PopUp Exhibit at Slowexposures 2018, our very special Sweet Sixteenth year, September 20 – 23! 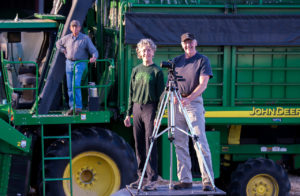 Houck Medford is a Southern documentary artist living in North Carolina, He is a certificate program graduate of Duke University’s Center for Documentary Studies where he learned to use sound and motion to leverage his still photography for storytelling.

Houck’s subject matter is traditionally rural where he instinctively connects people to each other with stories about family and place. He celebrates the uncelebrated – people who have strived to be their best – but are unknown to others for their accomplishments and value systems which have allowed them to excel at what they do.

Book arts have recently been added to the mix as it has allowed Houck to further interpret the organic nature of Southern life and to express it in a creative art form that adds another dimension to his “Southerness”.

His wife, “K.B.”, has become attracted to his effort, too, enjoying the wealth of relationships with other creatives that this pursuit has generated. She has cultivated an innate skill of becoming another overly sensitive set of eyes and ears which brings added dimension to their ability to tell great stories

For the SlowAIR 2018 project, they will be spending their week on an organic farm close to Zebulon sourcing their imagery for a limited edition hand crafted book and for a featured pop-up exhibit. 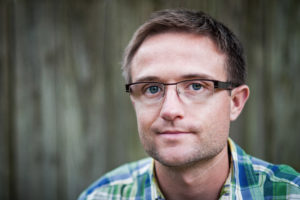 Rory Doyle is a working photographer based in Cleveland, Mississippi — the heart of the Mississippi Delta. Doyle’s editorial work highlights populations in the region that are often unnoticed or underserved. Recent projects include documenting African-American Delta cowboys, and the Delta’s growing Latino population in an area most known for its black and white history. Full-time, he is a university photographer, providing marketing imagery for Delta State University. Additionally, he works for a number of editorial and commercial clients. Doyle’s publication list includes The New York Times, Wall Street Journal, The Atlantic, ESPN’s The Undefeated, Getty Images, Vox Media and Financial Times. 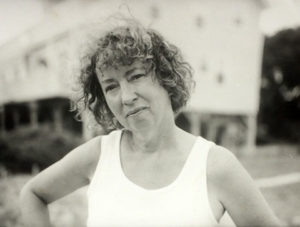 Nancy Marshall was Senior Lecturer in Photography at Emory University from 1988-2005.  Although from Georgia, she has a long-time connection to Ossabaw Island, Georgia and to the Charleston area.  She moved to South Carolina permanently in 2005.  She likes working with large format view cameras and alternative processes such as platinum printing.  For the last few years she has been working in a hybrid way of film-based photography and printing with archival ink jet.

Nancy is particularly interested in working in Pike County for the Artist in Residence Program because her paternal  ancestors were from Pike and Meriwether Counties. The families lived in Zebulon, Alvaton, Gay, Greenville, Luthersville and Molena.  As a landscape photographer, she plans to explore every day and to make discoveries about a place that is familiar from her childhood but has surely changed. In Nancy’s words, “I am open as to what I will find and how to interpret it.”