A Statement from the Artist:

I grew up outside of Asheville, NC, and a good day for me as a kid was when we’d pile in the car after church and Sunday dinner and go for a drive in the country. I would beg to head down dirt roads. A stream running alongside was a bonus. I believed that adventure awaited just around every bend. Rolling hills and sweeping curves and a single oak tree atop a ridge were delicious sights, holding me in a state of fascination for long moments, the sound of katydids and crunching gravel and lowing cattle floating in through open windows. Even at a young age, I must have sensed the basic goodness of the countryside, its pull on me growing with every ride.

Most of my adult life has been spent in cities with rural wanderings far too infrequent. Sure, life in an urban setting can be good, can be very good, but it is different. The views are close-up and change much more frequently than they do in the country, as advances in technology, transportation, and architecture typically find their roots in the city. Again, nothing inherently wrong with progress, but I find myself wishing for, even needing to, get back out in the country with its timeless scenery, its long honored customs, and its slackened pace. Oddly enough, and thankfully, that good place begins no more than 20 or 25 miles from most cities, and that is certainly true of my state, Tennessee.

So, in the fall of 2012, I set out to see if I could capture what this lasting goodness looks like along the state, county, and local two-lanes of the Volunteer State. I wanted to shoot the scenes and capture the qualities that have stood the test of time. To give the work an ageless feel, I used a Holga, a $25 plastic film camera that yields a gauzy look with the occasional streak of light across the image and dark, ill-focused corners. What I’ve ended up with two years later are 95 carefully selected photographs (one from each county), 11,000 miles logged on two cars, and lots of new friends. Toward the end of the journey, a related need popped its head up and demanded to be a part of things – the call to add words to images. As I gazed at the photos over and over, several began to dictate their stories, or poems, or essays to me. I’ve written them down as best I could.

My desire was to produce a reminder of not only the past, but of the present as well. The basic nature and pastoral look of the countryside do not go away. They’re still there, along with the good people who call it home, and that was effortlessly confirmed to me on my wanderings around the state. I hope that the viewer of the photographs and the reader of the handful of stories will smile, breathe a little deeper, and go take a drive next Sunday afternoon. 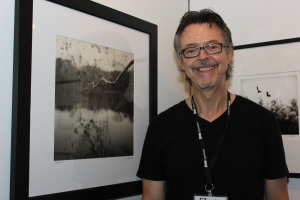 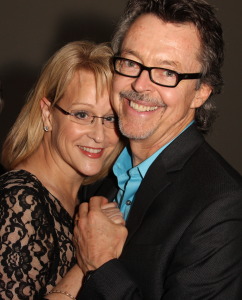 Jerry Park’s Exhibition “Slow Roads Tennessee” will be on display at A Novel Experience during the month of September.  Don’t miss it during SlowExposures’ Four Slow Days, Sept. 17-20!