SlowExposures Welcomes all Visitors to our PopUp Tour 2016, juried by John Bennette.

The PopUp Tour was so successful last year, that SlowExposures decided to enlarge and emphasize this event.  We will begin with a PopUp Tour Juror’s Talk by John Bennette.  The Juror’s Talk will begin at 11:00 a.m. at the Chandler Building in Zebulon.  One of each of the PopUp Artist’s images will be on display and John will discuss their work.  At noon, we will break for lunch and then you will be free to move around to each of the PopUp locations as you desire.  Maps will be available and John Bennette will be circulating around the various locations.  Make sure you purchase a PopUp Passport as a keepsake from this special event, as well as have the opportunity to win a print at the raffle later Saturday night. 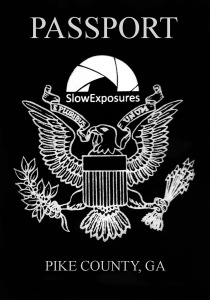 Passports for the PopUp Tour may be purchased at A Novel Experience or at the main show at Stricklands.  Passports are $5 and entitle the purchaser to enter a raffle for a print from our PopUp Artists.  You will actually have five chances to win a print! The raffle will be held during the Saturday night festivities.  Saturday night festivities include the elegant Do Good Dinner at Stricklands, followed by an outdoor concert by The Sarah Mac Band .  Multiple Passports may be purchased.  It is not necessary to purchase a Passport to visit the PopUp Tour.  You do not have to be present at the dinner to win a print – make sure you include your contact information on the raffle ticket!

The PopUps (See map below) 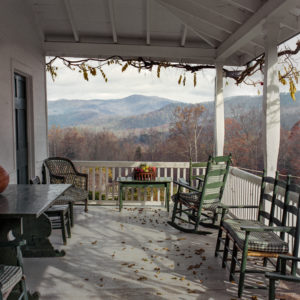 Images for my pop up show will be selected from the exhibit which accompanies my book, Useful Work: Photographs of Hickory Nut Gap Farm. Located in Fairview, NC, the farm has been in operation since 1916, when a remarkable couple Jim and Elizabeth McClure, bought the old Sherrill’s Inn, which was once a stagecoach stop and “drovers stand” on one of the first trade roads out of the southern Appalachian mountains. 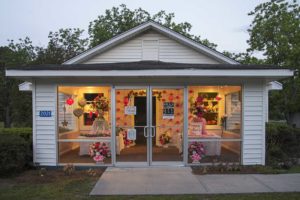 “While in Pike County for the SlowAIR residency, I spent the time meeting the people of Pike County and trying to improve my portraiture skills. My show is the results of that effort.”  Brant Barrett 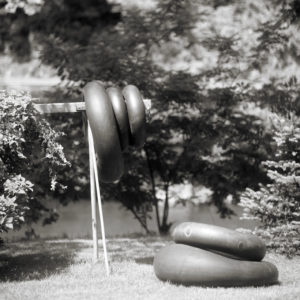 A native North Carolinian, I grew up in a small town dominated by tobacco, textiles, and everyone knowing who “your people” were. And while I have lived many other places, nowhere rings truer to me than the South I know and remember. These images reflect that sense of place for me.

♦ Jack Deese:  “How to Orient Yourself in the Wilderness” 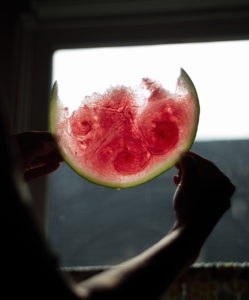 This body of work began as a way to distance myself from a documentary practice that left me unsatisfied. I wanted to make work that was the exploration of an idea, not an illustration of it. The title preceded the pictures and became a guide to the making and editing of the work. Around the same time,  I became interested in the idea of survival guides, which was cemented by conversations with my four-year-old daughter about mortality and her questions about life. I envisioned a manual that would be able to guide her through adolescence in the event something were to happen to me. I wondered what it would be like to make a “how to” guide that was more poetic and less instructional, and what would it look like if it were all photographs? 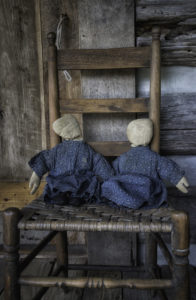 The images included in “A Quiet Celebration of Rural Nolensville” seek to honor the unpretentious beauty and simple dignity of rural life.  The viewer will experience a quiet and peaceful historical reflection and a moment of nostalgia.  Even though the images specifically reflect Nolensville TN, they will serve as a reminder of a simpler time in the South in general. 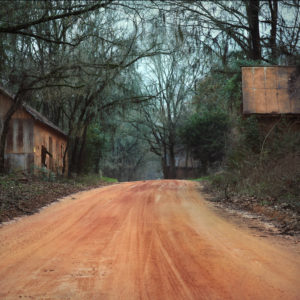 Being challenged to find beauty near my log cabin on a dirt road, I focused on John Muir’s quote, “Of all the paths you take in life, make sure a few of them are dirt”. This quest did not disappoint. My work includes roads from my native state, Alabama, as well as several other southern states. Each print is saturated with beeswax. 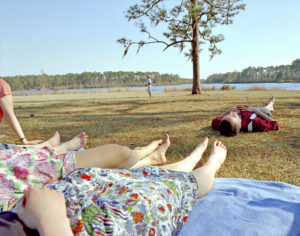 “The selected photograph is from a body of work entitled, I Want to Die A-Shouting, which depicts Sacred Harp singing communities in the South. I believe this series to be the the largest contemporary collection of Sacred Harp photographs currently in existence, with over 700 negatives produced since 2010, 300 of which are housed at the Alabama State Archives in Montgomery, Alabama. This form of a cappella music, with its dispersed harmony and raucous vocals, is one of America’s earliest known musics and also one of its most enduring. This tradition has found a home in the South, which is regarded as the most active region for Sacred Harp singing found anywhere in the world. These photographs not only represent the singings themselves, but also take a much closer look into the wonderfully diverse community of singers that gather together to sing this music.” 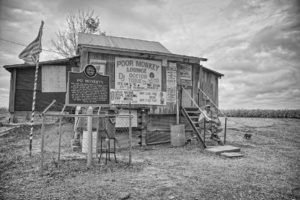 This pop up show is a celebration of the Mississippi Delta and a Delta Icon Willie “Po Monkey” Seaberry. Po Monkey sadly passed away 7-14-2016. He owned the last remaining juke joint in the Delta. A small sharecropper’s shack on a dirt road in the middle of a cotton field came alive on Thursday nights for over 50 years. The DJ, Dr. Tissue, played blues, there was lots of drinking and dancing and Po Monkey had various wigs and bright colored suits he changed into during the night. You could enter a stranger but you always left a friend. A very special man and place.
Renee Lowery 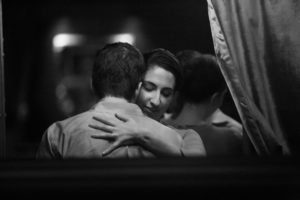 Lost in the Moment © Frank Myers

I met Al Strong and Cicely Mitchell, founders of the Art of Cool Project, at their very first show and was intrigued by their vision for promoting live jazz performance especially in the context of what I had seen on my trips to New Orleans. I began shooting the performances and getting to know the musicians and eventually became part of the organization, proudly serving on the Board of Directors for two years and as Project Manager for the Art of Cool Festivals.   This is an ongoing project/ as I still shoot most Art of Cool events and change out the images in the show each time to reflect the growth and evolution of the local jazz community. 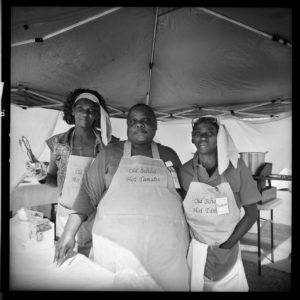 Recording “real life” in small communities throughout Mississippi with black-and-white film using plastic or vintage cameras — the resulting imperfections, the soft focus and light capture stories of the people and places that make up Mississippi.

♦   Walt Stricklin:  “Country Churches – The Gates of Hell will not Prevail” 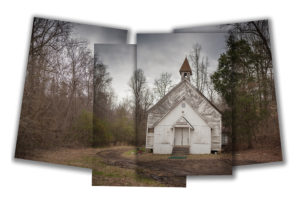 Being the son of a hell, fire, and brimstone preacher, a project on rural churches might seem to be autobiographic; nevertheless, my father and I never saw eye to eye on his religion.  Rambling through the backroads of the rural south, brought up unexpected feelings, leading to a conversion of sorts, not religious, more of a personal reformation.  I started seeing things through the softer eyes of age.

There is something special about rural church buildings.  They represent strength, comfort and a sense of community to their congregations.  Even the architecture seems to ground the soul.  They have the feeling of country grandeur without overwhelming the sensibility of the rural lifestyle.

This project fits my artistic drive as I attempt to capture everyday situations or locations that represent the universal truth of “us”.  I believe our environment shapes us as much as we shape our surroundings.  My images are meant to honor the balance of the community and geography, respecting the unique qualities of each. 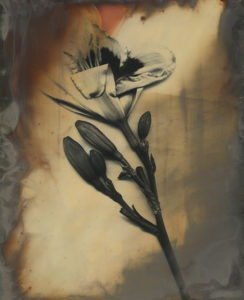 During my SlowAIR (SlowExposures’ Artist in Residence Program), I appreciated and collected plant life and bugs, or as I like to call them treasures. All of the treasures were found on the property at the Elliot Helms house or in Pike County. The photographs reflect the discovery of magic in small everyday things blended with darkroom play and experimentation.

All of the images above by the PopUp photographers will be auctioned off at the Raffle during the Do Good Dinner.  Don’t miss an opportunity to own one of these very special images.  PopUp Passports are available with 5 raffle tickets attached or you may purchase raffle tickets individually at the Dinner.