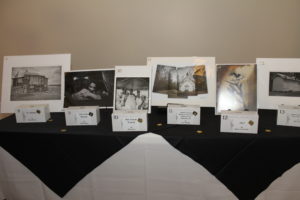 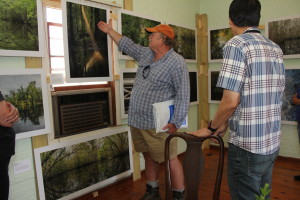 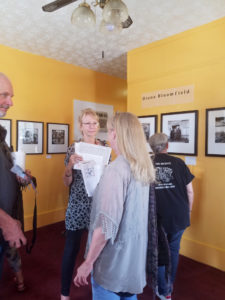 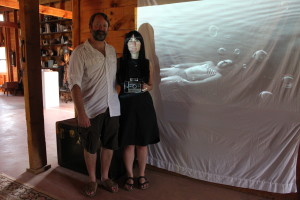 Jen Ervin with slideshow at her PopUp show, “The Arc of Summer” © Ellen Tew 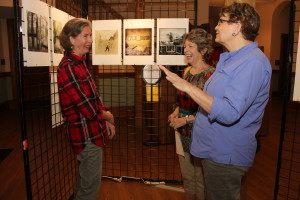 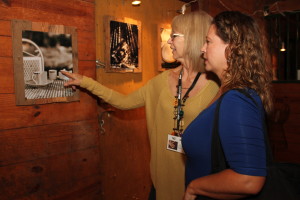 SlowExposures’ 2017 PopUp Tour features our 8 PopUp Photographers.  Each photographer’s exhibit will be found in and around Zebulon.  You will find a map in the catalogue, as well as spaces for each PopUp photographer to stamp your catalogue.  If you obtain stamps from each of the exhibits, you will receive 5 raffle tickets and will have an opportunity to take part in our PopUp Raffle.  Each PopUp Photographer will donate one print.  You may purchase more tickets to increase your chance of winning!  The Raffle will be held at the Saturday Supper.

(see map below for locations) 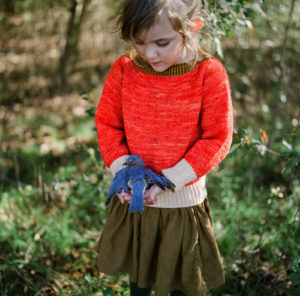 Over a period of six years, while living in a rural community in north Mississippi, I wrestled with my identity and place—a city girl moving to a small town, newly married in a new state, and, a couple years later, a new mother.

Like many small communities, you can drive through Toccopola and not even realize you have done so. Yet things are happening—friendships made, meals shared, weather watched, crops harvested, businesses opened, buildings burned or reclaimed by nature.

As I adjusted to new rhythms, there emerged, slowly, the unquenchable desire to make sense of the, at times, imperceptible changes occurring and to show the beauty amidst decay. As I did so, the richer and fuller my understanding became of this place and, eventually, of my place.

Changes and experiences that were incredibly difficult for me are, in hindsight, beautiful and full of meaning and rooted in that landscape and with those neighbors. I still mourn that place and question leaving—it has a piece of my heart and always will. 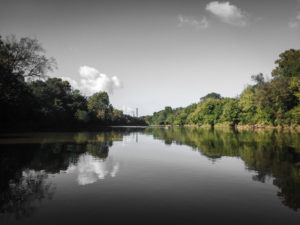 The Chattahoochee River faces a major image problem south of Atlanta. Until the last decade, the city dumped raw sewage into the river because it was cheaper to pay fines than upgrade the sewer system. Fishermen and property owners downstream began to see the river as a muddy drainage ditch. Communities distrusted one of their most vital resources — water. Today, that feeling lingers on even as the Chattahoochee is healthier because of improvements in Atlanta.

This is the issue Henry Jacobs confronts daily as the outreach manager for Chattahoochee Riverkeeper, and one of his most important tools has become a camera. By sharing images that provide context and emotion, Jacobs hopes to celebrate the features of the river that bring people together while also highlighting the challenges that remain, including the rising threat of climate change. 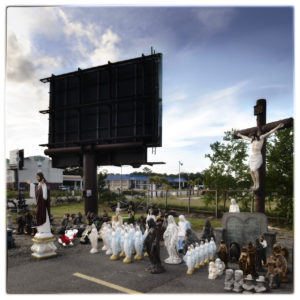 The favorite icons of the South are clearly represented in our small-town concrete yard art centers. Elvis, John Wayne, gnomes, angels, lawn jockeys, Georgia bulldogs, and the most popular of all are the religious icons. Somehow seeing a statue of Jesus praying on a busy highway under a billboard next to a garishly painted red and black bulldog is a bit disconcerting. I’m also struck by the monuments we erect to honor a person or event and then often, the statue is placed in an environment that is incongruous to the intended message. Or maybe the sites surrounding the monument changed so that the commemorative statue looks out of place and a bit lost. I do not want to seem like I am demeaning these statues, it’s just that I find religious and honorary icons in unexpected places visually interesting and culturally revealing. 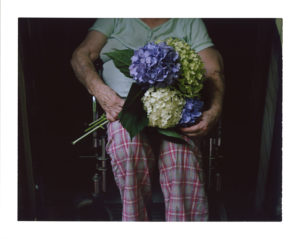 In the winter of 2013, I received a phone call from my sister informing me of my mom’s rapidly declining health; her condition necessitated constant supervision and care My sister took on the enormous responsibility of becoming her primary caregiver, and I started to stay at her home on the weekends. After several weeks conversing and watching television with my mom, I began to feel the draw of the camera. I was reluctant to make work that focused on her health, and was determined not to exploit the circumstances. My choice of camera—a Polaroid Land Camera—wasn’t coincidental; It is toy-like, and non-confrontational. My mom—dependent upon a wheelchair for mobility—is mostly confined to the interior of the home. The camera does not perform well in low light, so a majority of my images are in her yard and around the exterior of her house. I rarely shoot a scene twice, and the costly discontinued film stock makes it easy to accept flaws: over and under exposures, messy tears, and unruly compositions. In the beginning, the act of photography was more important than the outcome of the image. It was cathartic: allowing for “breaks” from the confinement of the small living space, providing a catalyst for alone time. Over time, the images have become metaphors that both reflect the mood of each day and serve as a keepsake of our time together.

♦  Renee Lowery:  “Through the Windshield” 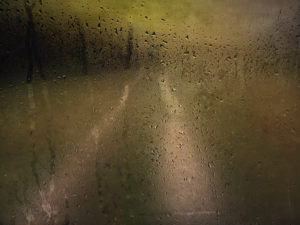 I live on a 100 acre farm in Middle Tennessee. It is a very special place that I love to photograph. Every morning I take my 4 border collies on a run on the farm. Them running and me driving a Kubota RTV. One rainy day I noticed how beautiful everything looked though the windshield of the Kubota with the water drops and fog. After that I started taking my camera anytime it was raining, snowing or foggy. 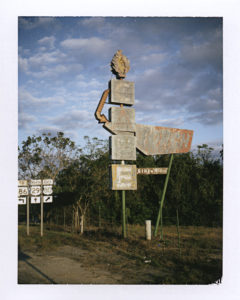 My family is from Alabama, spread across the state, with Tuskegee being my epicenter. My grandparents had a dairy farm in Tuskegee, and I have fond memories of visiting them as a child. I would always fall asleep on the four and a half hour trip to my grandparents’ house, but I knew as soon as we turned onto their driveway. To this day, I think of that driveway every time I’m on a gravel road. I remember one trip driving across Alabama so my dad could photograph family tombstones. We added in a little sightseeing along the way, stopping by places such as my great grandmother’s house in Ruth, the church in Tuskegee where my parents got married, and the Little Texas Tabernacle where my dad attended revivals as a boy.  It was so much fun to have a small glimpse into our family history at a young age. After my grandparents passed, the treks to Alabama became few and very far between. Over the past several years, I have explored throughout Alabama reliving those family road trips and reconnecting with the land and community my family called home. 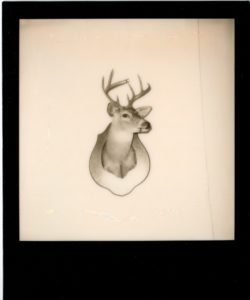 POPULATION 1,181 is a celebration of journeys through the South, told with instant film.  From Graceland to Zebulon to the Mississippi Delta to New Orleans, these moments in time are preserved as a physical artifact. Instant film lets the artist pull a slip of time right out of the air and place it on a piece of paper.  Even as these places  fade and transform, these memories can endure within the photograph. 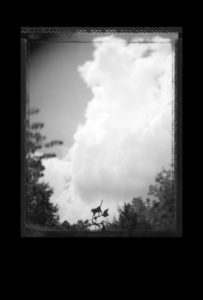 The steadfast sense of place. The perceived stillness of the atmosphere. The elegiac telling of the tale. These were my interpretations of “Slow AIR”, a turn of phrase addressing my response to the genre of southern storytelling. SlowAIR: A residency that would provide an opportunity to travel to a place unknown and create images reflective of my narrative approach to photographic storytelling: seven days, seven images, seventh month, 2017.