All photographs by Peter van Agtmael

On Sunday, September 23rd, 2012, Peter van Agtmael will be giving a Lunch and Learn to discuss his experiences while embedded with American troops in Iraq and Afganistan. 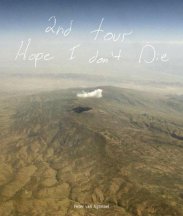 Van Agtmael graduated from Yale in 2003 and was awarded a grant to spend a year in China documenting the social and economic impact of the Three Gorges Dam. Following that, he travelled extensively in Africa photographing the AIDS epidemic through the experiences of one HIV-positive refugee.
In 2006, at just 24 years old, he began a series of embeds in Iraq and Afganistan and would spend the next two years capturing the war(s). Not content to leave it overseas, however, van Agtmael then followed the troops home, some in caskets, to continue their stories and the war at home. His book, 2nd Tour Hope I Don’t Die, relates the time he spent and the people he encountered on this assignment. The Life & Death of Matthew Ferrara is a brilliant example of this persistence.

Please check out Peter’s work, including his other great assignments (his photographs on tour with Jeff Bridges are wonderful) and then join us on September 23rd for his Lunch and Learn.
You can find the entire schedule of event for Slow Exposures 2012 on the website here.
Posted in Uncategorized.

This site uses Akismet to reduce spam. Learn how your comment data is processed.